Graham Hough was born on February 14, 1908 in Lancashire, England and died on September 5, 1990 in Cambridge, England. Hough was a professor of English at Cambridge University from 1966 until 1975. Hough was also a literary critic and this enabled him to publish Dark Sun which is a study of D H Lawrence's Works. 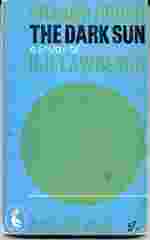 Book Review:
Graham Hough - DarkSunD H Lawrence has been one of the great formative influences on the twentieth century, not just in literature, but also in conduct and belief. Graham Hough believes that he is the only modern English writer, besides Yeats, to break into new spiritual territory outside the bounds of Christianity.