Jeremy Clarkson is a broadcaster, journalist and often-times humorist. Clarkson presented Top Gear, a BBC presentation on motoring, alongside Richard Hammond and James May. This was until his sacking for assaulting a producer. He also writes for the Sunday Times. Since then he has taken up the mantle of presenter of Who Wants to be a Millionaire?. Jeremy Clarkso was born on April 11, 1960 in Doncaster, United Kingdom. Born to be Riled is a selection of articles from his newspaper articles dealing with subjects outside the realm of motoring.

Born to be Riled 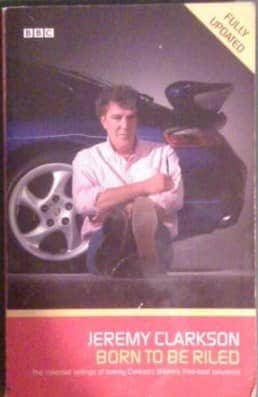 Book Review:
Jeremy Clarkson - Born to be Riled
Jeremy Clarkson at his funny and mischiefeous best writing abaout various subjects.
Clarkson strays away from the motoring guides to relay his thoughts on the G6 Summit girlpower and the like.