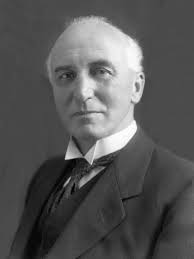 Viscount Simon was very prominent in English politics for most of the first half of the twentieth century.
This spanned the passing the Parliament Bill of 1911, the General Strike of 1926, and the events leading up to "Munich 1938" to name a few.

Book Review:
Viscount Simon - Retrospect
This is the memoir of a powerful figure who was Attorney General, Home Secretary (twice),
Chancellor of the Exchequer and Forein Secretary throughout tumultous periods during the first half of the 20th century.