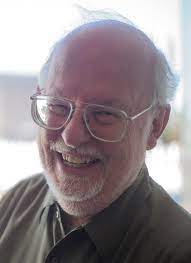 Greg Bear is an American novelist known mainly for his science fiction novels. Greg Bear was born in San Diego, California, United States on August 20, 1951. He has been the recipient of the Hugo and Nebula Awards on numerous occasions as well as nominations for many other awards. Dead Lines is a macabre story of sinister messages passed over the phone by dead people.