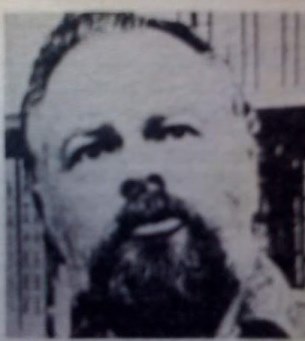 Philip K Dick was born on December 16. 1928 and died on March 2nd, 1982. Philip K Dick is in a class of his own, within or without the science fiction genre. It was said that science fiction was crass, shallow and only concerned with the dramatic. That it had no depth, that it was fine when it concerned those things which were outside us. Aliens, monsters and catastrophies were the dictum. Once it did not really affect us everything was okay. Philip K Dick almost single-handed changed all that.
He brought the personal into science fiction. It was not all going to rosy, though. He showed us how there was always going to be a price to pay.
Things were not always what they seemed and we could trick ourselves with our own perception of what is going on. But there was still the price to be paid. This was science fiction with a consciounce. It was science fiction with a consciousness of our surroundings. He was saying I'll give you the future, but remember that you are responsible for that future. It is not just going to happen. Enerything that is happening now is contributing to the future. So be careful about what you do now because the future is a progression of the present. And it is down to the individual.
This is the individual's place in the scheme of things.

The Game Players of Titan

Book Review:
Philip K Dick - The Game Players of Titan
The few stragglers remaining after the war with Titan play Bluff,
a game which enables them to attain status along with property and also some remote chance of having children.
Peter Garden loses his wife in a game and stumbles on a far more important game where the future of the earth is at stake.

Book Review:
Philip K Dick - The Ganymede Takeover
The Gamedians are a race of ruthless, telepathic colonists who have gained control of the earth.
No human efforts have so far succeeded to repel them. But there is a chance, but it is risky.
The designer of this chance is besotted with the Gamedians, so how can earth survive?