David Beresford was a journalist for The Guardian. David Beresford died on April 22, 2016 in Johannesburg, South Africa. Beresford reported from Northern Ireland during the Troubles, particularly during the hunger strikes. He was to publish a book on this issue in his own write, Ten Men Dead Beresford went on to work in South Africa in the period after apartheid and in this scenario he was also pulling no punches, regarding the 'Richard, Richard' scandal. 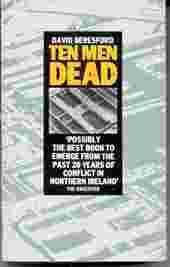